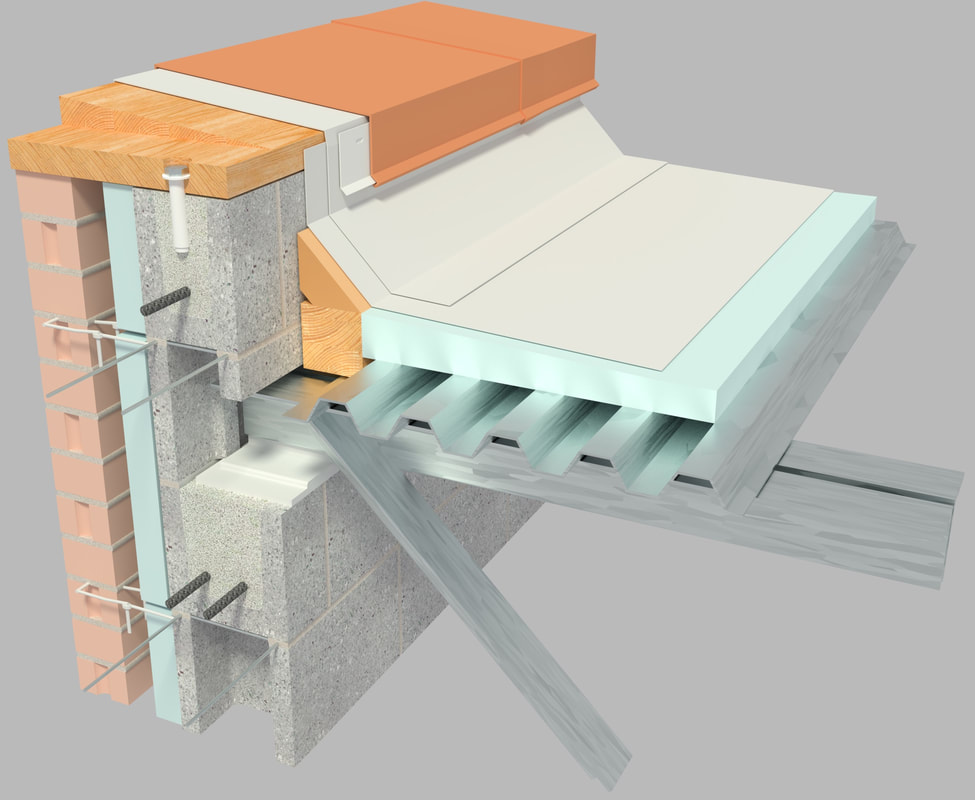 ​Detailed rendering experiment in Blender 3D software (v. 2.79b) from a Sketchup model. - This Metal Coping Detail is from a Sketchup model (free on 3D Warehouse), originally modeled by the International Masonry Institute.  For the most part it imported well.  1 top cement block wouldn't appear in the rendered view, so I just took a different lower block and re-sized it in Blender (I don't have Sketchup). I also substituted the procedurally generated galvanized steel material in Blender and applied it to several of the metal surfaces in the scene.  The only other issue I could see was that one of the small wood ends on the diagonal piece doesn't seem to map the original texture the same way as the one shown on the website (and it wouldn't re-map for me either), I show it (without replacing it) on purpose to show what happened on import.  Otherwise I was surprised at how well the original materials looked in Blender after import (having sometimes had some issues with other imports in the past.)  That person made a beautiful detail model! 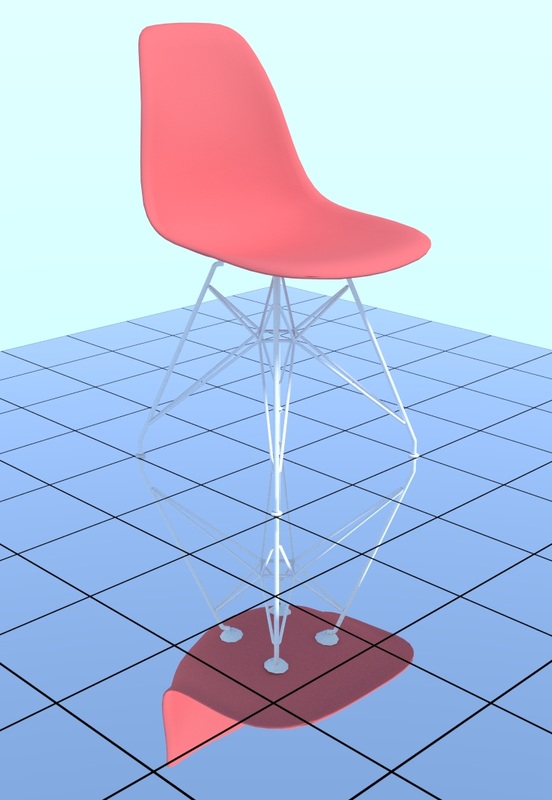 I've been testing the sketchup importer, and I'm very happy to report that it works, as you can see above and below.  That is a Herman Miller Eames chair model (by them) in .skp format.   I set the chair to smooth shading, but didn't change anything else.  I made a mirrored floor so you can see the under side.  Below is the very low poly Chrysler Building model by Google Geo Models.  Just download the folder, unzip it and put the unzipped folder into the Blender Add-ons folder (it's now as simple as that.  Go into the preferences in Blender and you should now see one of the options as Sketchup importer, select that check box and save your preferences.  Go get a skechup file (there are many free sources online) and open the file in Blender under the Import pulldown menu.